The Mercedes-Benz Arena, home to the top-tier Bundesliga VfB Stuttgart, is more than just a football stadium. It has played an important part in German history, having hosted both the German’s first international football match after World War II in 1950 as well as the first match after German reunification in 1990. In both cases the ever-neutral Switzerland was the opponent.

The current stadium design allows for over 60,000 onlookers and is considered one of the finest in Europe. Please join the IWCS for a 90-minute tour of the stadium on Saturday, July 23rd at 10:30. The tour includes the press rooms, media hall, mixed-zone, business suits, fan meeting point, standing area in the Cannstatter Kurve, changing room area, players tunnel, and inner stadium.

This tour is open to all members and their families. Please note that while there is no minimum age, strollers are not permitted on the tour.

Given the tendency for these type of tours to fill up quickly, we have booked two simultaneous tours meaning we can have as many as 50 participants! The cost is €5 per person attending, paid in advance. The IWCS will sponsor the remainder of the tour costs.

Last day to RSVP is June 16th using the contact form below or in the pending Facebook event. Cancellations after this date are non-refundable. 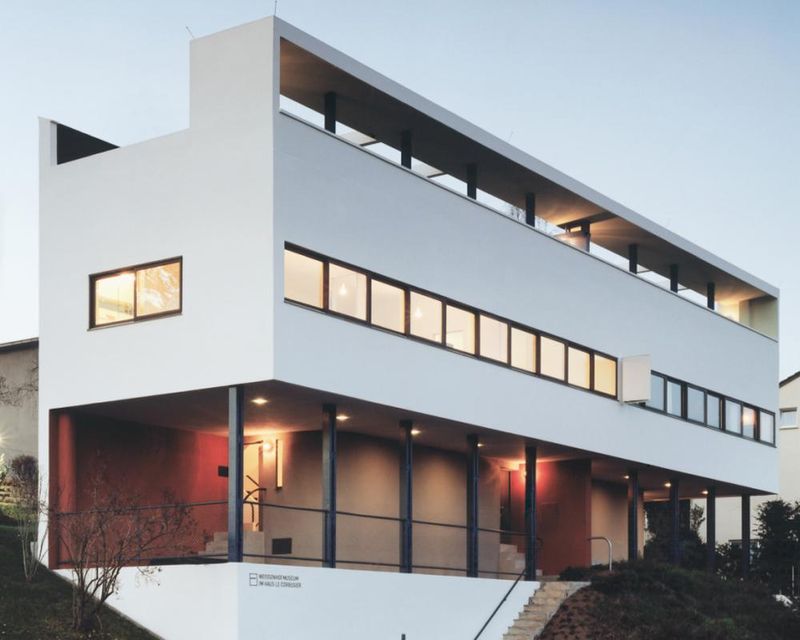 This distinctive residential building exhibition known as “Neues Bauen” (or ‘new build’) reflected the societal and cultural changes of the early 20th century.

Starting in 1927, seventeen architects under the artistic direction of Ludwig Mies van der Rohe created a unique residential scheme for modern urban residents. The architects participating in the exhibition were known among their peers as part of the international avant garde. Largely shunned and condemned by the Third Reich; today they are among the most notable masters of modern architecture.

The semi-detached homes designed by Le Corbusier are aesthetic, social and technical examples of the ever-changing architectural attitudes of the time. Following extensive restoration of the interiors, the façades, and the grounds, the structure is now open to visitors.

Please join the IWCS for a 90-minute tour through the grounds and the museum on Sunday, June 12th. We will meet at 12:45 and start the tour 13:00. This tour is open to members and family members. Participants are asked to prepay €5 per person and the club will cover the cost of the tour and the remainder of the entrance fees. 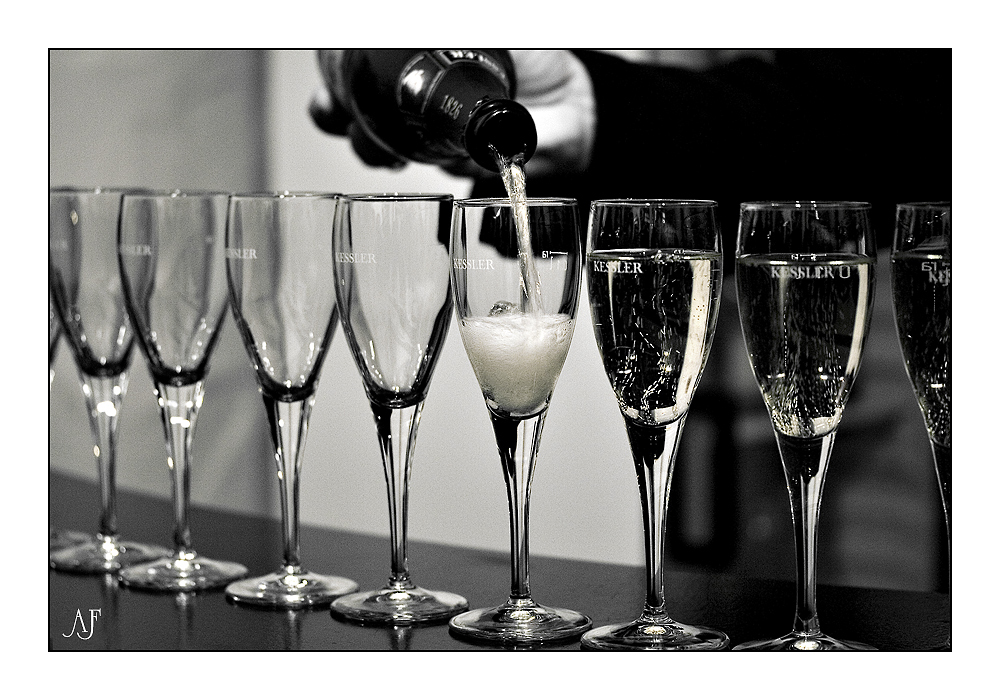 Whether it is for a fabulous night out or a peaceful evening at home, Esslingen-based Kessler Sekt is the go-to brand of bubbly in Baden-Württemberg. The winding and fascinating history of Germany’s oldest Sektkellerei began in 1826 and continues to delight locals and visitors alike to this day. Members and their partners/spouses are invited to join the IWCS in January 2016 to hear the whole story during a tour through the medieval vaulted cellars of the Kessler family.

This wonderful Saturday afternoon event will last 1.5 hours and be followed by a tasting of up to 3 of Kessler’s delicious offerings.  The tour is being subsidized by the club and each person attending must make a non-refundable prepayment of €10 per person. We can have a maximum of 20 participants on this tour and requests for this tour have been frequent, so reserve your spot now!

To make a reservation, please use the contact form below to confirm availability for yourself and your +1, if applicable. Michelle will then send you our details for your bank transfer. See you there! 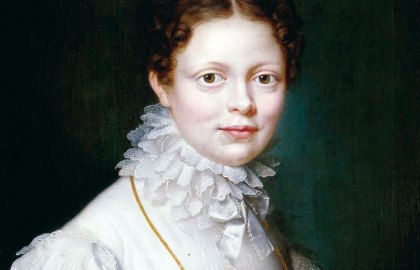 Just like the members of the IWCS, the city of Stuttgart has a long history of women who have focused on creating a stronger and more compassionate community. In November we will pay homage to many of these influential women, noble and common, with a walking tour presented in English by the Stuttgart Convention Bureau. From Queens Olga and Katharina to women who fought for the right to vote, this 2 1/2 hour walking tour will take us all around central Stuttgart to learn about the historical “Frauenpower” behind our city.

The tour starts at the front steps of the Stuttgart Opera House and ends at Charlottenplatz. The nearest U-Bahn stops are Charlottenplatz, Schlossplatz, or Hauptbahnhof.

This event is currently only open to IWCS members at a cost of €10 per person, paid in advance. Please note that we need a minimum of 10 participants for the tour to take place and the maximum we can have is 25. If you would like to attend, please fill in the contact form below and host Michelle Niese-Mendel will send you our bank information for the transfer.

The Stäffele, the Swabian word for the steps that go up into the hills around Stuttgart, are a famous part of life for local residents. Luckily, the reward for braving the steps includes many fascinating and beautiful sights.

This month the IWCS celebrates this Stuttgart essential by organizing an evening of history surrounding the Stäffele.  This English-language tour for members only will wind up and down the Stuttgart steps covering many interesting and amusing facts during the two and half hour event. Yes, we will be climbing a lot of stairs, so wear your walking shoes!

The tour will be partially sponsored by the club; participants should bring 5 euros with them for their portion (please bring exact change if possible).

Please note that the tour ends in a different location, at the Haltestelle Schlachthof (U9) in Stuttgart-Ost.

For questions or to reserve your spot, please RSVP in the pending Facebook event or using the contact form below. Your host for the evening will be Michelle Niese-Mendel. 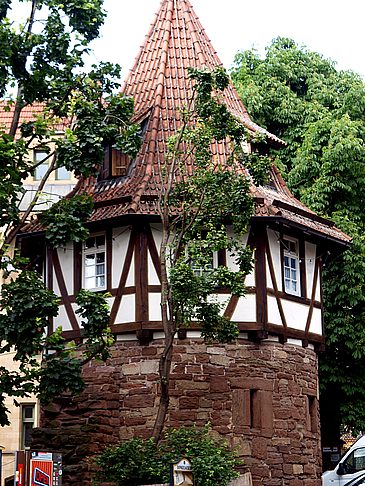 In October our favorite tour guide, Petra Rentschler, will be at it again, this time giving us a tour of Stuttgart’s Bohnenviertal. If you were on the Ghost Walk last year at this time, you will remember some of these places and learn many more historical details.

Starting from the inside courtyard of Amadeus, we will walk through the Bohnenviertel, the Leonhardsviertel and to the Hans im Glückviertel. The Swabian title of the tour is: von ällem ebbes. According to Petra this means, “you listen, you touch some items, and you see a lot.”

The tour is free to members (sponsored by the club) but limited to 20 participants.

If you would like to reserve your spot on this tour, please use the contact form below or the pending Facebook event to RSVP with Billie.

[contact-form-7 404 "Not Found"]
We use cookies on our website to give you the most relevant experience by remembering your preferences and repeat visits. By clicking “Accept”, you consent to the use of ALL the cookies.
Cookie settingsACCEPT
Manage consent

This website uses cookies to improve your experience while you navigate through the website. Out of these, the cookies that are categorized as necessary are stored on your browser as they are essential for the working of basic functionalities of the website. We also use third-party cookies that help us analyze and understand how you use this website. These cookies will be stored in your browser only with your consent. You also have the option to opt-out of these cookies. But opting out of some of these cookies may affect your browsing experience.
Necessary Always Enabled
Necessary cookies are absolutely essential for the website to function properly. This category only includes cookies that ensures basic functionalities and security features of the website. These cookies do not store any personal information.
Non-necessary
Any cookies that may not be particularly necessary for the website to function and is used specifically to collect user personal data via analytics, ads, other embedded contents are termed as non-necessary cookies. It is mandatory to procure user consent prior to running these cookies on your website.
SAVE & ACCEPT